COVID-19 UPDATE: To read how VCIB is ready to help organizations that may need our support during these unprecedented times, click here.

Be the change. The world is banking on it.

The first Canadian bank led by a female CEO is looking to partner with women-led organizations that drive social, economic, and environmental change.

We are Vancity Community Investment Bank, but you can call us VCIB

We are a values-driven bank on a mission to finance a sustainable tomorrow. We are the only Canadian bank exclusively focused on partnerships with organizations that drive social, economic, and environmental change.

We were born from the values-based, community-first model sharpened over seventy years by Vancity, a financial co-operative with over half a million members.

Amplifying Women’s Voices in the Community

As the first Canadian bank led by a female CEO, we’re dedicated to helping female leaders grow their businesses through tailored banking products.

VCIB partners with multiple high-impact organizations that support women in our community, including SheEO and the Toronto Foundation’s Trust Collective. 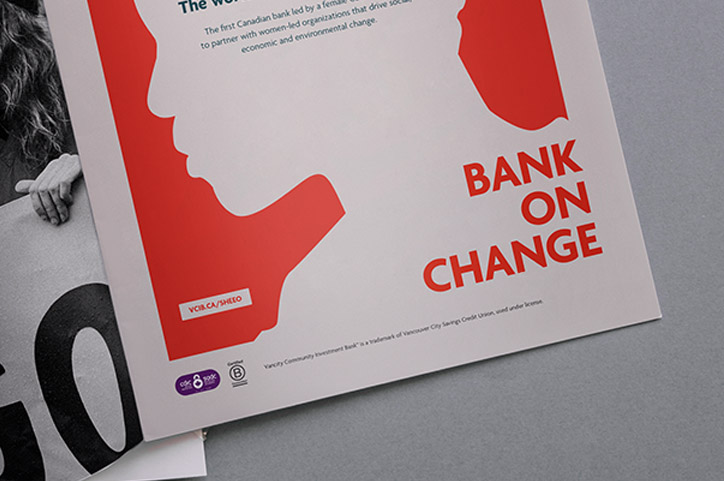 In January 2020, VCIB hosted the first of a series of events bringing together women creating affordable housing in the GTA: Building a Sustainable Tomorrow. To read our VP of Impact Banking’s recap of the event, click here.

To be the first to learn more about our next events, sign up to our newsletter in the section below. 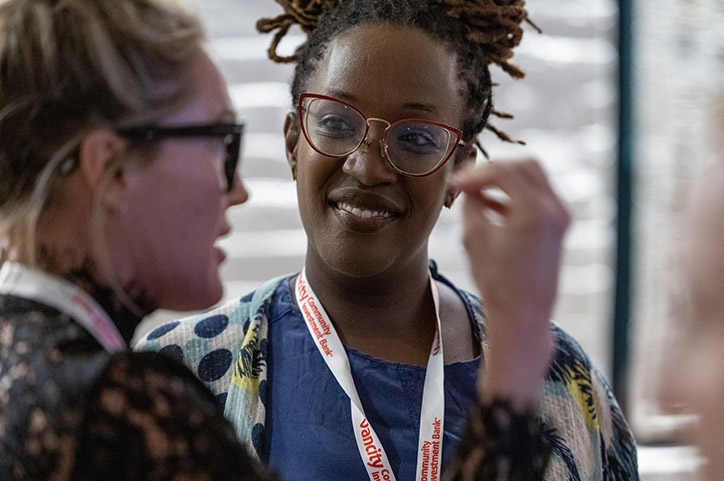 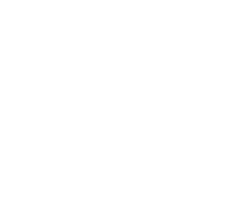 We offer term loans and lines of credit to enable the growth of non-profits, social enterprises, and purpose-driven businesses 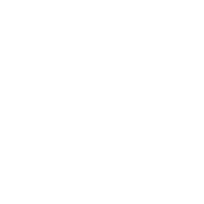 From credit cards to savings accounts, we can support your organization’s day-to-day banking needs

Spotlight on Women in Leadership

As interim President and Chief Executive Officer of Vancity, Canada’s largest community credit union, Christine believes that banking plays a vital role in developing a healthy society—building the well-being of people and, at the same time, ensuring the long-term sustainability of the communities in which they live and work.

Before being appointed to this role, Christine served as Vancity’s Chief Member Services Officer, leading the Member Experience & Community Engagement divisions. In this role, Christine oversaw services to Vancity’s 543,000 members, including its branch network and retail, business, commercial and wealth management operations. She also led the credit union’s community impact and investment strategies.

Christine has worked at Vancity for over nine years during which she’s held several leadership roles including VP of Impact Investing, Wealth Management & Community Real Estate, and VP of Community Business Banking. Her achievements in fostering community impact, social justice and environmental sustainability have earned her accolades from Business in Vancouver magazine, which included her in its 2007 “Top 40 Under 40” list. In 2012, the Association of Women in Finance gave her the Rising Star award, and in 2017 Clean50 awards recognized her for her dedication to sustainability.

Prior to joining Vancity, much of Christine’s career involved working with entrepreneurs, financing innovative companies and building financial firms – all focused within the cleantech, sustainability and impact investing sectors. This included being a co-founder of Shoreline West Asset Management Inc. and being a founding team member at Chrysalix Energy Venture Capital. Christine was an Adjunct Professor and Lecturer at the Sauder School of Business and is a board member of Aviso Wealth.

Christine represents North America on the United Nations Environment Programme Finance Initiative’s Banking Board. Christine also chairs the board of the Women’s Enterprise Centre and lectures on finance and impact investing at various universities, in addition to other advisory roles at community organizations and social enterprises.

She is personally committed to issues related to women, impact financing, and community, with a particular focus on equality and empowerment.

Christine pursued post-secondary education at the University of Guelph and UBC, earning a B.A. in sociology and MBA in Strategic Management. 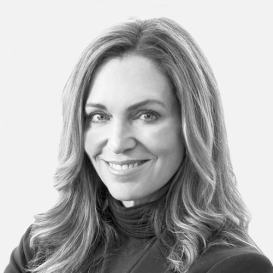 Jay Ann Gilfoy is CEO of Vancity Community Investment Bank (VCIB), a values-driven bank and a national subsidiary of Vancouver City Savings Credit Union (Vancity). A visionary leader with more than 20 years experience as a senior executive, Jay Ann is focused on bringing to life VCIB’s bold vision of financing a sustainable tomorrow and unique model of partnering exclusively with organizations driving positive social and environmental change in their communities.

Under Jay Ann’s tenure, VCIB has honed its purpose while expanding its scope and capacity to drive results in the critical areas of affordability and clean energy, starting in Ontario. Among her achievements is leading VCIB to become the first bank in Canada to acquire an impact investment firm: CoPower, a leading provider of clean energy financing and investments.

Jay Ann draws on a wealth of experience in cultural transformation and change management. Prior to her appointment as CEO of VCIB in 2018, Jay Ann served in senior leadership positions at Vancity, most recently as Senior Vice-President of Digital Solutions and Business Technology. While at Vancity, Jay-Ann led the development and implementation of a new core banking system, the first milestone of the credit union’s technology road map. She also provided strategic oversight to digital literacy, core technology infrastructure, technology solutions, digital products and fin-tech partnerships.

Jay Ann is a passionate advocate for personal health and wellbeing. She sits on the board of ParticipACTION, a national nonprofit that promotes healthy living and physical fitness. 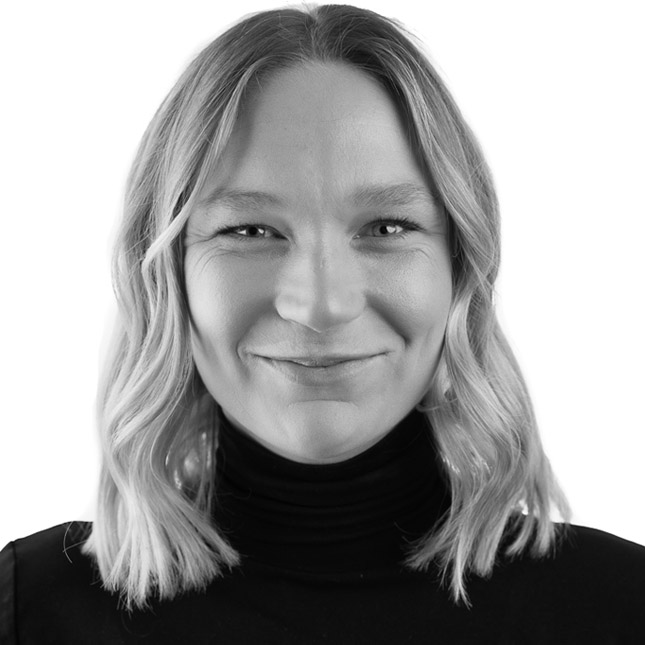 Having spent her career working to accelerate impact investing in Canada, Trish now leads the team responsible for product and funding strategies for VCIB and its subsidiary, CoPower Inc. As an early member of CoPower’s executive team, she was instrumental in the development of the firm’s clean energy investment products, in building a client base of over 800 mission-aligned investors, and in facilitating the firm’s acquisition. In prior roles at MaRS Discovery District, she provided advisory services to impact investors and intermediaries and founded an impact accelerator and venture fund. Trish is the 2016 Recipient of the Edward Newton Award for Social Innovation and co-recipient of the 2017 Clean50 Award for Environmental Entrepreneurship. She holds a Masters of International Relations from the University of St. Andrew.

VCIB is a member of the Canada Deposit Insurance Corporation (CDIC). CDIC is a federal Crown corporation that was created in 1967 to protect the money Canadians deposit in member financial institutions.

VCIB is a Schedule 1 chartered bank operating under federal guidelines and regulated by the Office of the Superintendent of Financial Institutions.

A B Corp’s™ purpose is to create social and financial value. To belong, they must meet high standards of transparency and accountability, and create positive social and environmental benefit. 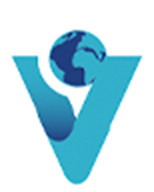 VCIB belongs to the Global Alliance for Banking on Values, an international network of banking leaders who make social and environmental change a part of their financial model.

"Climate change and housing affordability are two of the most critical challenges facing our communities, and we believe the financial industry can and should play a key role in enabling and shaping ambitious solutions" 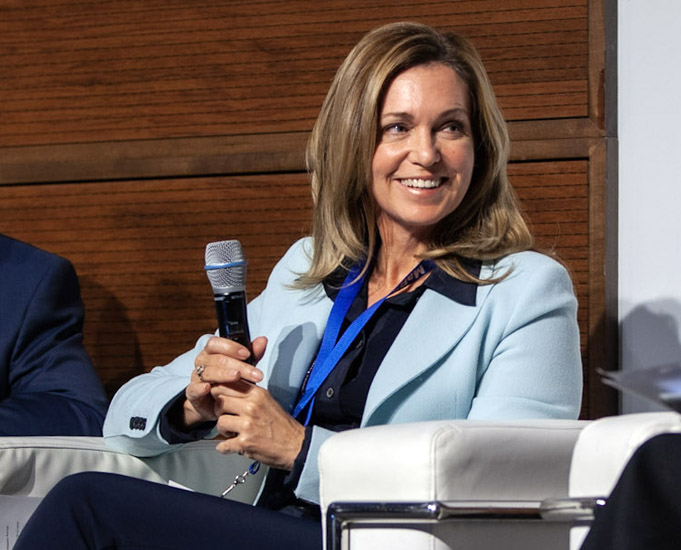 Sign up to be the first to hear about upcoming events and products designed with women-led organizations in mind, or if you have questions, contact us

Interested in our values-driven approach? We want to hear from you.

What products and services does VCIB currently offer?

VCIB offers a suite of banking products for organizations and social enterprises, including:

We will soon offer a full suite of impact banking products to help enable non-profits and social enterprises to grow, prosper, and foster change.

How can I learn more about VCIB's impact?

In 2019, Vancity Community Investment Bank laid the foundation needed to achieve our mission of financing a sustainable tomorrow. To learn more about our impact, read our 2019 Year in Review here.

What is VCIB's history and relation to Vancity?

Operating since 1997 as Citizen’s Bank of Canada, VCIB re-launched in 2017.  We were born from the community-first finance model sharpened over seventy years by Vancity, a financial cooperative with over half a million members. Learn more about our history by clicking here.

How is VCIB amplifying women in the community?

VCIB is pursuing multiple partnerships that support female social entrepreneurs in the community, including with SheEO and The Toronto Foundation’s Trust Collective.

As the first Canadian bank led by a female CEO, we’re dedicated to supporting other female leaders grow their business through tailored banking products, launching soon.

In January 2020, VCIB hosted the first of a series of events dedicated to women creating affordable housing in the GTA: Building a Sustainable Tomorrow. To read our Vice President of Impact Banking’s recap of the event, click here.