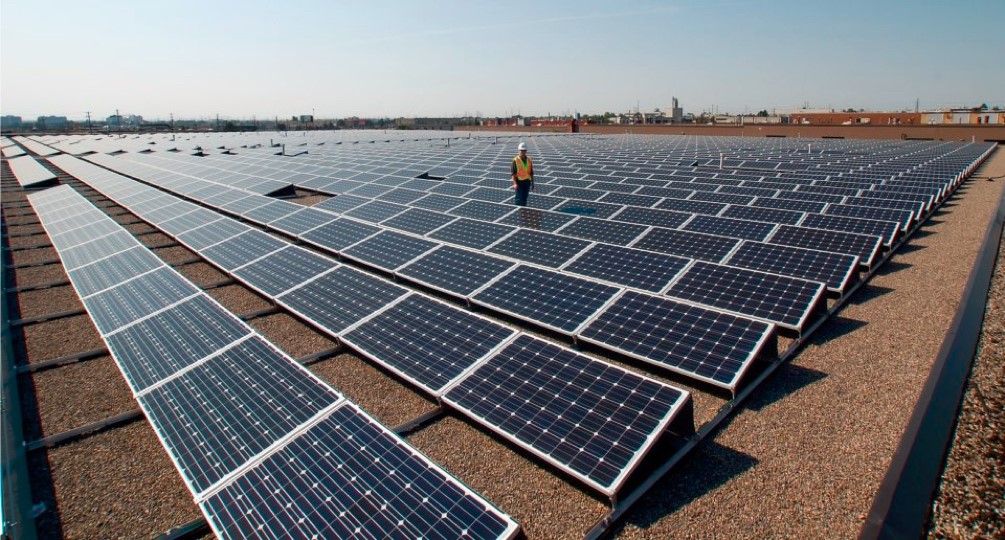 Image of Jonathan Frank standing next to one of the largest rooftop solar projects Canada, located in Ontario.

Jonathan Frank’s position as VCIB’s head of business development for clean energy finance was a natural progression that dates back to the moment he first recognized the power of solar.

While on a post-graduate trip to rural Mongolia, Jon stayed with a local family whose main income came from shepherding. Their home was traditional, except for the modern addition of a small solar panel.

“The fuel for the panel was free — it’s just the sun,” Jon says. “Yet that panel brought in additional income connected to tourism and allowed them to send their kids to school.”

For a young man who’d grown up leading canoe trips through Ontario’s forests, the technology was a revelation: “I was amazed at the potential of using the sun and the wind as energy in a much bigger way and the dramatic benefits that could provide for the environment and communities” he notes.

In the first, he translated his engineer’s technical specs into financing proposals, growing Ontario’s solar market. In the next, he worked for the largest renewable energy developer in the world, scaling their portfolio of solar energy projects and working on some of its first large-scale battery energy storage projects. And in the third, he led the company’s project finance department, conducting due diligence for solar, geothermal, and LED retrofit projects.

In 2019, CoPower was acquired by Vancity Community Investment Bank (VCIB), and Jon leapt at the new opportunity to help grow Canada’s clean energy market. “Many of the technologies that are needed to get to net-zero are technically and commercially viable,” Jon notes.

At VCIB — a values-driven bank with a commitment to be net-zero by 2040 — that’s the nut Jon and his team have been helping to crack.

Through creative financing solutions that expand the potential for ‘energy-as-a-service’ models, they’ve helped clean energy developers make their low or zero-carbon energy solutions more affordable for end users, which then accelerates the pace of adoption.

For instance, for several years, VCIB has offered innovative financing to the geothermal industry, helping to bring geothermal into the mainstream. Geothermal (also known as geoexchange or ground source heat pumps) can provide heating and cooling for a building without the need to burn fossil fuels.

In addition to geothermal, the VCIB clean energy team has financed a wide range of technologies including solar, wind, battery energy storage, air-source heat pumps, multi-measure energy efficiency retrofits, wastewater to energy, and is currently working on electric vehicle fleets and charging infrastructure, as well as an exciting waste-to-value project.

“Early in my career, it was my love for the environment that got me into this. Now, I have a three-year old son, and I’m thinking about the world that he will inherit,” Jon reflects.

“For me, the impetus to accelerate the adoption of zero-carbon technology and low-carbon practices has never been greater. Every year we delay the transition to a low-carbon future, we make it harder for ourselves and future generations to tackle climate change, and tragically the most vulnerable among us will feel the worst impacts first. We have the technical and financial solutions and, increasingly, the willpower—so I’m optimistic we can get the job done and in a way that builds a clean and fair future for everyone.”

VCIB and Accelerate partner on the path to net-zero

The climate crisis demands immediate, wide-ranging deployment of decarbonization technology and the most innovative financial institutions are stepping up to […]