Creating a net-zero energy sector is an opportunity to do more than mitigate the worst impacts of climate change. Done thoughtfully, it can also usher in new job opportunities, a more equitable and socially just future, and a better quality of life for all.

“The reality is that not everyone is affected equally and not everyone has the same ability to withstand the impacts and adapt to the new net-zero normal,” said Gilfoy. “We can’t solve this crisis and successfully transition to a net-zero economy if only those of us who can afford the adaptations make the transition, or if a lot of people are left behind by the transition.”

Da Silva, who studied geology, found it very difficult to find jobs that didn’t have to do with the oil industry. Eventually, she found a job in geotechnical and exploration drilling in Alberta.

“I started my transition to move into sustainability in 2017, but opportunities to move in sustainability for people with my career background were few and far between,” said Da Silva. “There weren’t structures in place to help workers like me transition, and right around that time is when oil sand job losses across Canada started. Over 100,000 Canadian fossil fuel workers lost their jobs.”

A study released just last week in The Globe and Mail found that sectors vulnerable to the impact of this transition account for 70 per cent of Canada’s exports, and more than 300 billion dollars in export revenues and investments. Even more importantly, the study found that 800,000 jobs, in every province and territory, are dependent on these sectors.

For this reason, the Government of Canada must make sure that workers are at the forefront of this transition by creating policies that prioritize reskilling and moving towards net-zero.

“Fossil fuel workers have all the base skills needed to build the net-zero economy, but they don’t understand how their skills translate,” Da Silva continued. “With a bit of training and jobs to transition to, they would be able to overcome these barriers (…) If this doesn’t happen soon, talent will leave to search for jobs abroad.”

For Canada in particular, clean energy offers a huge opportunity. Wind and solar energy are the fastest growing sources of electricity in Canada, and renewable energy currently provides 16% of Canada’s total primary energy supply, including electricity, heating, and transportation. That’s higher than the global 13.4%, and higher than OECD countries’ 10.5% (NRCan).

Moreover, the GDP for Canada’s clean energy sector is forecast to grow by an impressive 58% by 2030—significantly more than the 9% growth expected in fossil fuels.

But what does this mean? And what opportunities does this create for people and groups who have largely been excluded from the traditional coal, oil, and gas industries? Governments need to provide reskilling policies and incentives, but the industry itself can also be a big part of the solution.

Huppé Campbell’s organization, Indigenous Clean Energy, focuses on the acceleration of community-renewable energy microgrids in Indigenous spaces as a core component of just global climate action. This year they are taking their efforts globally;

“COP26 is coming soon, and Indigenous Clean Energy has been honored to show our programming there,” said Huppé Campbell. “We’ll host different sessions focusing on Indigenous rights, and the United Nations Declaration of rights of Indigenous people, and how those interconnect with clean energy. We’ll also be bringing forth a session of renewable energy microgrids in the context of policy and legislation.”

Similarly, Da Silva’s organization, Iron & Earth, is a worker led organization that started in 2016 by workers in the oil sands who saw the “writing on the wall.” They formed an organization to empower the fossil fuel industry and indigenous workers to create and implement climate solutions.

“We do that through a number of initiatives, most notably our renewable skills initiative, in which we work with Indigenous communities to help them diversify their energy needs,” said Da Silva. “Many Indigenous communities are 100% Diesel dependent, so we bring trainees so both fossil fuel workers and Indigenous peoples can learn how to do solar and wind installations on their own, to empower them and enable them to work for a net-zero economy.”

As a proud Metis woman, Freddie Huppé Campbell, who has dedicated her life to work towards a just, equitable, and sustainable future, concluded:

“There are centuries of indigenous knowledge out there, there are incredible people working in the clean energy transition spaces that have been working in those spaces for decades. The answers are there, the pathways have been paved, now is the time to really seize them and take action.”

As a B Corp and Canada’s only values driven bank, Vancity Community Investment Bank (VCIB) finances change-maker organizations that are accelerating the net-zero transition, serving the small-to-mid size renewable energy market. VCIB has supported the development and installation of thousands of clean energy and energy efficiency projects across Canada.

Visit our Clean Energy and Commercial Solar Financing pages to learn more. If you’re seeking financing for a clean energy, get in touch. 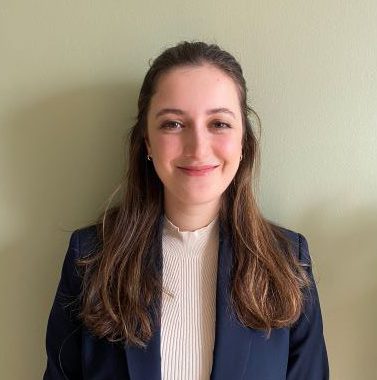 As a passionate supporter of driving social and environmental impact, Cecilia is an advocate of using finance as a tool for change. At VCIB, Cecilia supports the marketing team in various PR and marketing communications initiatives.

Bee hives, green leases, and a fossil-free future: GI Quo Vadis is not your average landlord

Wednesday, November 10, 2021: VCIB is located on the traditional territory of multiple Indigenous nations, including the Haudenosaunee and the […]

Bee hives, green leases, and a fossil-free future: GI Quo Vadis is not your average landlord