COVID-19 UPDATE: To read how VCIB is ready to help organizations that may need our support during these unprecedented times, click here. 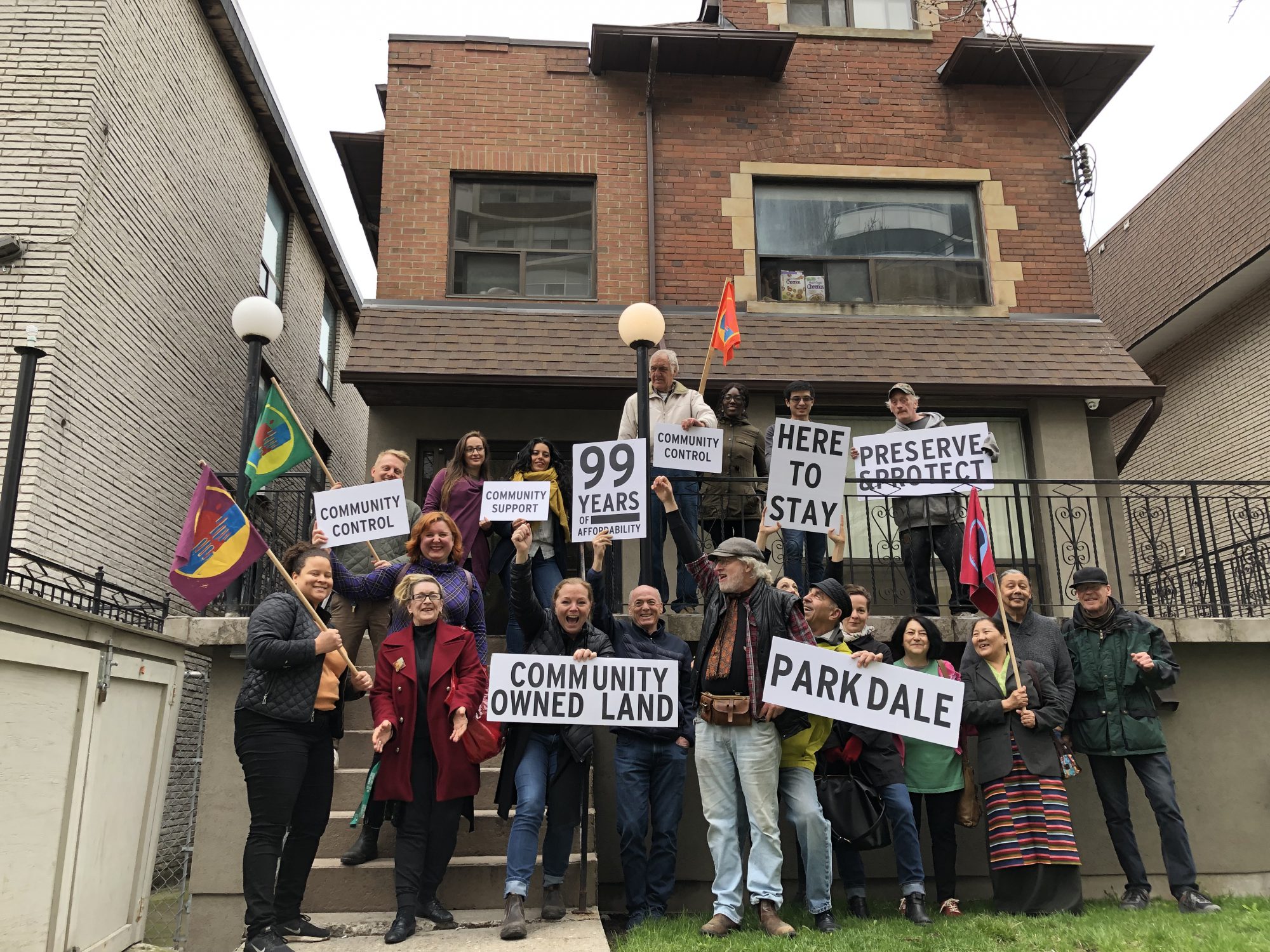 For sale signs and eviction notices are becoming a more common sight in Parkdale, but so are the signs of a neighborhood fighting back. Taken as a microcosm of the development pressures facing Toronto, Parkdale illustrates the potential negative impacts of a rising real estate market, but more importantly how communities can respond.

The West Toronto neighborhood has historically been home to a high density of affordable rental units—providing critical access to housing for low-income individuals—but that’s changing, according to a recent study by Parkdale Neighbourhood Land Trust (PNLT). Over the past decade, Parkdale has lost 28 rooming houses to gentrification and renovictions, displacing nearly 350 renters. Today, 59 more rooming houses—home to 818 people—are identified as at risk. [1]

“We realized that the challenges facing Parkdale have to do with who owns the land,” explains PNLT Executive Director Joshua Barndt. “When you own the land, you get to decide what happens on it. Community ownership means we can use land to meet community needs.”

The movement to keep Parkdale diverse, equitable and affordable

What sets it apart from other public or co-op land trusts is a unique community governance structure that puts decision-making power in the hands of residents and local agencies with priority given to low-income and marginalized people.

According to Joshua, this is key to the land trust’s long-term success. “Our work comes out of people feeling disempowered and left out of development and city planning decisions, so building back that trust is necessary,” he said. “Transparent and diverse governance is what helps us negotiate between different interests and ensure we’re responding to what the community needs as a whole.” 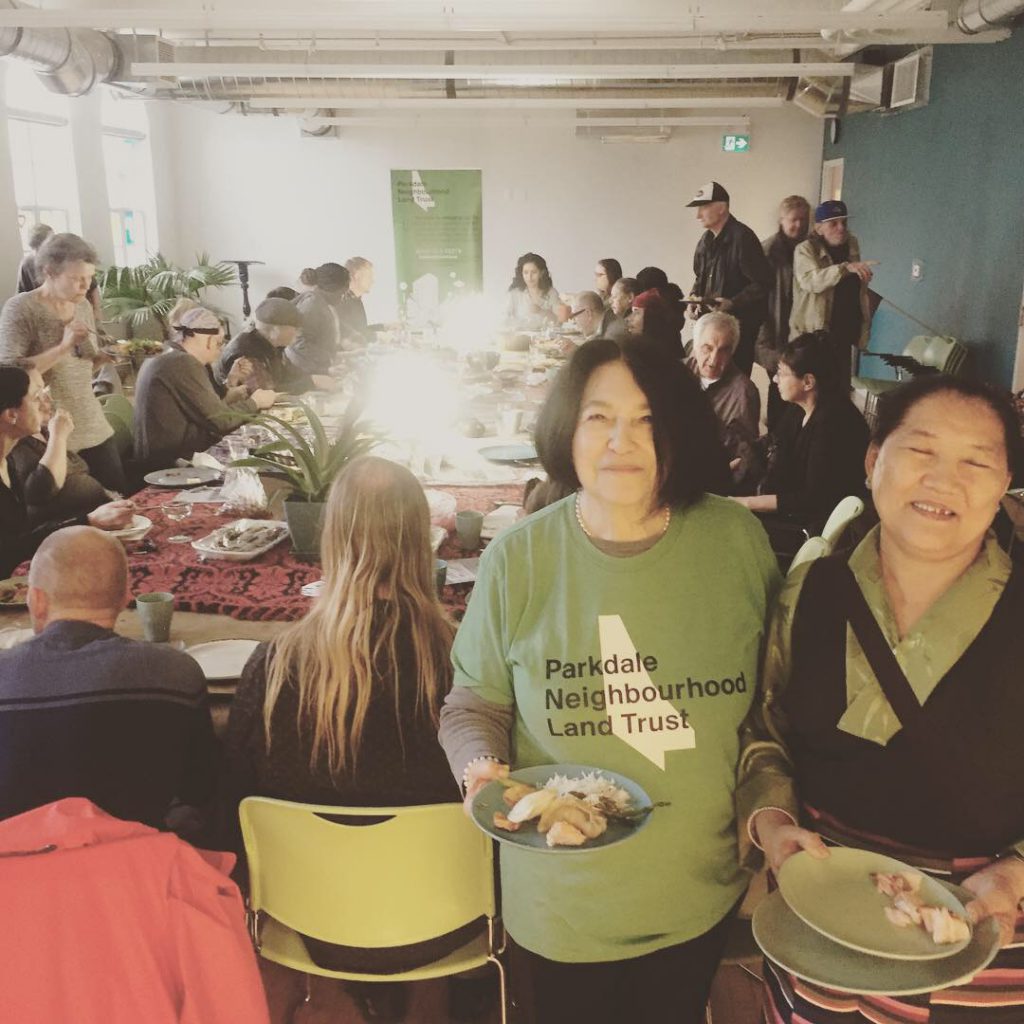 Financing to give a community a fighting chance

The most urgent need is preserving the neighbourhood’s remaining rooming houses. In 2017, the organization began monitoring at-risk properties as they came up for sale.

In April 2019, with support from the City of Toronto, residents, and Vancity Community Investment Bank (VCIB), the organization’s charitable arm, the Neighbourhood Land Trust (NLT), made its first residential acquisition: a 15-unit rooming house on Maynard Avenue, now permanently preserved as affordable housing.

It was a great success, even more so for the obstacles overcome.

Before the purchase on Maynard Avenue, there were eight other attempted acquisitions which could not be completed due to funding and financing challenges. Each attempt was excruciating as the organization fought alongside tenants to try and prevent mass evictions.

“Our biggest challenge has been mobilizing financing to compete on the market,” explained Joshua. “In some cases, we were successful in getting offers in, but then couldn’t get the funding together quickly enough. In other cases, we had the money but couldn’t reach a deal with the vendor.”

After carefully documenting their challenges, PNLT went to the City with a request for responsive and accessible funding for the purchase of rooming houses by nonprofits. With the support of City Councilor Gord Perks and other municipal housing champions, they came away with a $1.5M grant and the Rooming House Acquisition Pilot Project.

Mission-aligned financing to bring a project to life…

But as Joshua explained, “with any affordable housing development, the project isn’t real until you have all the money.”

Between the generous grant from the city and donations from community members, NLT still needed an additional $1 million in mortgage financing to secure the next rooming house that came up for sale, the one on Maynard Avenue.

VCIB was able to fill the gap, not only with financing but with advice and support as PNLT developed its model.

“Even before we had a project, VCIB was there as a supportive financial partner,” said Joshua. “The team was always available to problem solve and help us understand the challenges and opportunities, and when Maynard came up for sale, we were ready.”

Against all odds, PNLT was able to remove one property from the real estate market. Now, they want to leverage and build on the learning to acquire new properties and help other nonprofits do the same.

Inspired by PNLT’s mission, VCIB is working with the organization to explore new ways to use the tools of finance to scale and build momentum for the land trust model.

“PNLT has demonstrated how public, private and community partners can come together to create permanent affordable housing,” said VCIB Director of Lending, Caroline Rauhala. “They’ve created something we can rally around and we see huge potential in the community land trust model, not just in Toronto, but across Canada.”

The information provided herein is intended for informational purposes only and is not intended to constitute investment, financial, legal, accounting, tax, or other advice and should not be relied upon for such purpose. Always consult a professional regarding your specific needs and circumstances. The customer endorsements that appear on this page were solicited by VCIB. 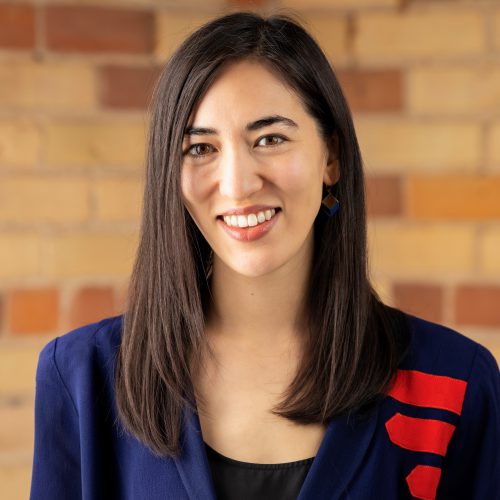 Lauryn has spent ten years working in social good communications and advocacy with non-profits and social enterprises like Change.org, the Climate Action Network, and CoPower. Today, as Marketing and Impact Strategist at VCIB, Lauryn is helping build a movement of investors and organizations putting their money to work for positive change.

It’s an unlikely spot for a state of the art coworking space. Nestled in amongst a dozen auto […]

This innovative social enterprise brings homeownership within reach for low- and middle-income families. As a mission-aligned lender, VCIB provided construction financing to help get Trillium’s first project off the ground.

Artscape: The power of creative placemaking

Over the past 30 years, Artscape has earned an international reputation as a leader in “creative placemaking,” a […]

It’s an unlikely spot for a state of the art coworking space. Nestled in amongst a dozen auto […]